After NaNoWriMo,  I took December off from writing. Cleaning up the basement inspired me to pick up one of my other hobbies: needlework.  Needlework used to be one of my very favorite hobbies, the one I did all the time, but something that requires the use of both hands doesn’t fit well with a baby in the house. Now that my youngest is 2, though, I can start picking it up again.

I have a bazillion works-in-progress and to-be-started projects (that’s only a slight exaggeration) and for the first few days I was actually frozen while choosing what to work on.  So many choices!

I settled on Misty Morning Vineyard designed by Martina Rosenberg (formerly Weber).  It was originally released as a “Mystery” project, meaning that a new piece of the chart was revealed each month over the course of am entire year.  So when I started the project, I had no idea what it would look like. Talk about a leap of faith.

(BTW, that year was 2003.  And this month was probably the first time I picked up the project since then. Hah!)

I forgot to take a picture before I started stitching on it, but this is how it looked after a few days.  (I’d finished the 2nd and three side with the trees, and the purple row of boxes on the upper left.)

Here’s a close-up of the peacock. It’s intense, let me tell you!  Each stitch in the peacock’s body is a quarter of the size of the stitches in the rest of the piece.  It’s called over-one stitching, and while it is slow and intense to stitch, it allows for more color and detail than the standard over-two stitching.

I’m stitching Misty Morning Vineyard on (I believe) 32ct blue linen. Wedgewood might the official color, I’m not sure.  The threads used are a mix of Thread Gatherer Silk N’ Colors, Needlepoint Inc Silks, Caron Collection Waterlilies and Wildflowers, Rainbow Gallery Petite Treasure Brain, and Anchor Marlitt.  There’s also a lot of beading in the final step.  This is luxury stitching with all those silks. 🙂

Sometime between 2003 and now, I lost one of the Thread Gatherer Silk N’ Colors skeins.  You can’t just walk into Joann’s and Michael’s to get silk thread.  I had to special order it from the local needlework shop (they had every color except the one I needed, of course.)

Eight dollars. For a single skein of thread. *faints*

But it’ll be worth it in the end. Here’s a picture of the finished project, stitched by Jane from Illinois: (though our centers are different) 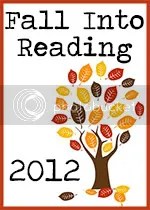 I can’t believe NaNo is over already! This is my final Six Sentence Sunday for my NaNo Story, Shots on Goal.  (At least until revisions, maybe?)

This is another scene from Brett’s point-of-view. Every Sunday, he and his sister Sharon are expected to attend dinner with their parents.  Brett is also tasked with various  manual labor jobs around the house.

“Pop, it’s not like when you played. We train full time in the off-season, too.”

“When I was your age –” he stabbed the air between them with his fork “– I was still pulling my full weight at the farm during the off-season. Least you can do is help around the house once a week.”

Sharon sent Brett a sympathetic glance, but it only lasted a second before she had to remind one of her children that Sunday Dinner demanded “our very best manners, always.”  Brett felt somewhat better knowing that the impossible standards were shoved upon both of them, even if they were old-fashioned and sexist.

The tentative summary that will be re-written after revisions:

Brett has just weeks left on his contract with his minor league team to prove he deserves a spot in the NHL when a wrong move aggravates an old injury. When he learns the figure skater he’s admired from afar is also a skilled massage therapist, he sees a chance to save his dream.

Jeremy loves dancing on the ice, but his dream to be a professional figure skater died before it began.  To keep his massage therapy business alive, he’ll need to take on more clients, which leaves less time for preparing for the upcoming skating competition.  So when Brett offers to pay Jeremy double for his treatment, saying no is difficult even though Jeremy usually refuses to treat male athletes. Especially huge hockey players who sneer at gay figure skaters.

As Jeremy’s hands work their magic over Brett’s muscles, Brett must break through Jeremy’s walls and convince him  he’s not the homophobic jerk he appears to be…while also hiding his injury from his coach and his sexuality from everyone but Jeremy.

Hope you enjoyed the little snippet. Be sure to check out the other Six-Sentence Sunday participants!